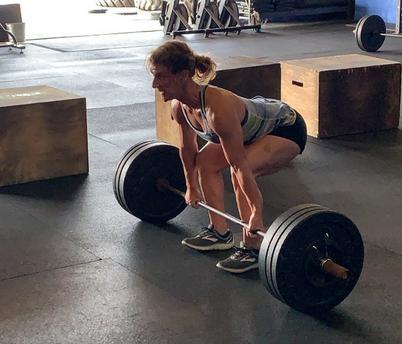 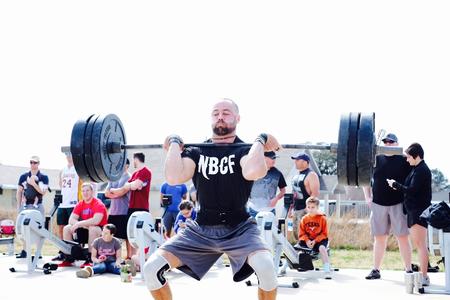 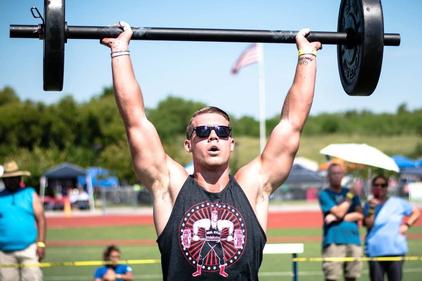 ​Athletics and competition have always been part of my life. I was fortunate enough to succeed in high school athletics and get the chance to play D-1 basketball at Nicholls State University. Once my basketball career came to an end, my desire to remain active and “fit” continued. I spent the next couple of years pursuing my fitness goals in the fitness center type setting until my sister told me about this “workout program” she had heard about through one of her friends. I couldn’t even tell you what the workout was but all I remember is that is was terrible!! I spent the next several years doing CrossFit on my own and finally walked into my first box in March of 2013. The results I have seen from that point have been huge. I can do more things than I ever thought my body would allow me to do. The community aspect of CrossFit is what I think separates it from any other fitness programs out there. The community gives you the ability to push through things and work harder than you ever would be able to by yourself. I love pushing myself, I love competition, I love doing challenging things, and I love helping people realize the same things I have realized through CrossFit!

I have always had a passion for athletics and a love for competition. I grew up a gymnast and multi-sport athlete. I began training for gymnastics at age 5 and instantly fell in love with competitive gymnastics. I competed for 8 years, including 2 years at Karolyi’s gym in Houston, Texas. In high-school, I participated in varsity cheerleading and track and field. After high-school, I spent 4 years at Lamar University earning a Bachelor of Science in Pre-Med Biology degree. My continued love for gymnastics led me down a different path however, and I began my career of coaching gymnastics. In 2000, I began coaching gymnastics, tumbling, and cheerleading. I coach with a focus on cultivating hardworking and focused athletes and teams with an emphasis on teamwork and perseverance. I am a former gymnast, turned gymnastics coach, and a little bit more. I am also an avid runner. I run for fun and I run to compete. I began competitive running and racing in 2006. I have run too many races to count; including 5K and 10K distances, several half-marathons (my favorite distance to run), and 5 full marathons. My crossfit journey began when I was introduced to NorBeau Crossfit in May 2019. I began with just one free Saturday class a week for several months. Eventually I progressed to 2-4 days a week. And now, I can’t get enough of it. Crossfit embodies everything I love. A little bit of gymnastics, a little bit of running, a little bit of strength, a little bit of competition...but most importantly, it’s a lot of comradery. The support from the members and coaches is incomparable. The friendships I’m making are ones that will last a lifetime. Likewise, the lessons I’m learning about fitness, nutrition, health and wellness are immeasurable. I am a goal-oriented and energetic coach who aspires to motivate with high-energy, a positive attitude and a drive to succeed. With over 20 years of coaching experience I aim to inspire athletes to do their best, as well as, motivate and educate them in how to achieve their goals safely and effectively.

My fitness journey started the same way as many in the CrossFit community. I was way overweight and no clue where to begin. I had zero athletic background or training as I only played golf when I was growing up. In the past I had tried a few different avenues in hopes of becoming fit. These different avenues resulted in some results but none that would eventually compare the results gained from CrossFit. I knew and had heard about CrossFit for a few years but I was always scared to try it. It wasn’t until one day a close friend asked me to attend a “Bring a friend” Thursday class. That day will forever be engrained into my mind for a few different reasons. One, because it was the most physically challenging activity I had completed up to that point in my life. Two, because the coaches and members welcomed me in with open arms. Even though I was the last one done and scaled every movement the other members kept encouraging me to keep moving. At this point I knew I was hooked. Even though I was physically drained I could not help but smile. I had accomplished something that day and if it wasn’t for the Norbeau community I might have quit on myself. From that day forward I have made the conscious effort the train, learn, and adapt to become a better human. I am 100% ready to help anyone accomplish his or her goals. I was once 100 pounds heavier than I am right now. Its not about can you. Its all about when will you. You can accomplish anything you set your mind too. And with the help and guidance we can get you on the right path to a much heathier life.

​I have always enjoyed the competitive atmosphere as I played football all throughout high school. Unfortunately I went through two surgeries within a year of graduating and eventually gaining a total of 40 pounds.  It was then that I decided it was time that I make a change. I began doing stuff like “Insanity” and lifting at a Globo gym and although I was able to lose twenty pounds I sought more of a challenge. In 2013, I was invited to a trainers only CrossFit class. My first WOD was a 21 minute, RX “Helen” benchmark and I was hooked instantly.  I competed at every competition I could find and eventually got my CF Level 1 certification in April 2014. As my passion for the sport grew so did my knowledge and desire for coaching. In February of 2015, I earned my CF Level 2 certification, which brought me to one of the top rated gyms in San Antonio. Two years later, I moved to Houston to continue growing as an athlete and a coach. Now here we are a year later and I have decided to make NorBeau my home gym and hopefully impact lives the way CrossFit has impacted mine.